This press release from the Government of Canada says that all border restrictions — ALL — are dropped as of 1 October 2022. They are also dropping mask requirements on planes and trains.

This paper tells how to do mask fit-testing at home.

This paper from Nov 2021 says that the death rate at the beginning of the pandemic was about six times higher in countries without mask mandates than in countries which did.

This preprint reports on a study of people with autoimmune disorders who got COVID infections. Those with Long COVID had higher levels of antibodies to OC-43 (one of the “common cold” coronaviruses). They also had weaker FC-gamma receptors (which, AFAICT grab onto infected cells and eat them).

This paper from the USA says that kids are 83% more likely six months after a COVID-19 infection to get a diagnosis of Type 1 (insulin-dependent) diabetes than kids with other respiratory illnesses. They are more than twice as likely to get a Type 1 diabetes diagnosis than kids who had no respiratory illness. This is consistent with results described in this article from Norway (63% higher risk), from this report from Jan 2022 from the USA (2.66x higher risk), and this paper from July 2022 (2.62x higher risk). (The figures are different because they use different criteria and different control groups. The point I’m making is “it’s high”.) The absolute risk is still very low, but the relative risk is quite high. (This mass-consumption article and this one summarize.)

I also found this paper from Turkey from July 2021 which says that Long COVID patients have significant, measurable visible differences in corneal nerves on a number of metrics (like corneal nerve fibre density and dendritic cell density) compared to both never-infected controls and infected-but-not-Long-COVID controls.

This article says that pediatric Pfizer vax (which was approved on 9 Sep 2022) has landed in the country!

This blog post gives an update on mucosal vaccines, and it’s encouraging! India (iNCOVACC) and China (Convidecia Air) each approved one; a US company signed a deal to make a version of iNCOVACC, and there are six in Phase 3 trials. Go mucosal vax!

I haven’t seen an article about tying it all together, but I’ve seen a bunch of individual article about rising metrics all over Canada: 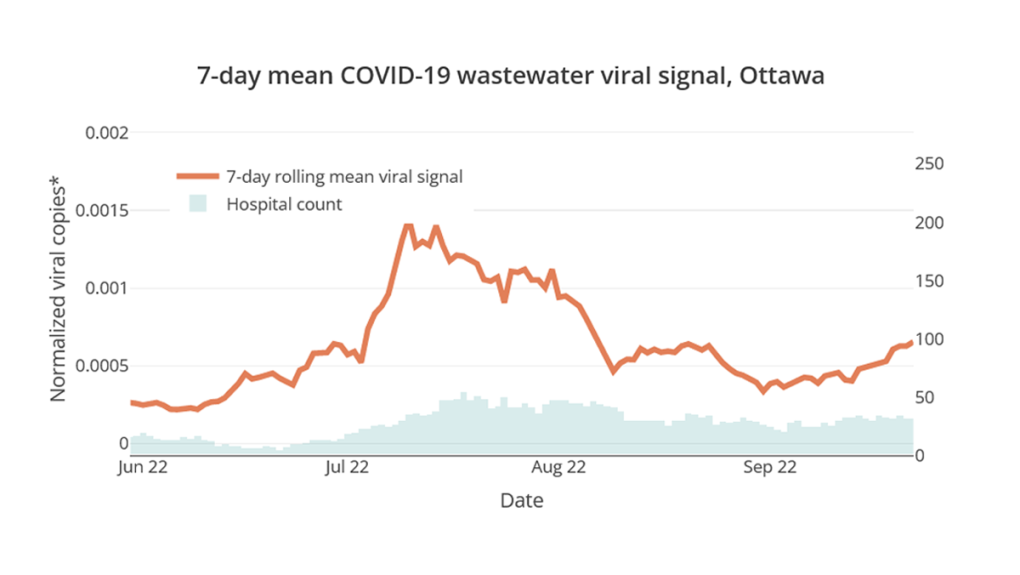 I have a sense that things are getting worse. You know how I said that COVID-19 was not seasonal? Maybe the people who said it was seasonal were at least partially correct.

This preprint from last month in Argentina says that they found Gamma variant COVID-19 in big hairy armadillos — three months after the last known human case. While “big hairy armadillos” is certainly a funny thing to imagine, it’s kind of scary that Gamma is still circulating out there in an animal reservoir.

This article says that ZOE — an ongoing study that does COVID testing of a large number of people in England — says that there was a jump of 30% in the number of cases. I mention this because historically Canada has lagged the UK by about a month. Interestingly, they don’t seem to have a new variant this time; maybe the rise is from waning immunity?

This paper says that young women who binge-drink are more likely to catch COVID-19, but those who smoke cannabis are less likely.

This paper found that they could predict COVID-19 cases from data wearable sensors (e.g. FitBit or Apple Watch) with an accuracy of ~92%.

This preprint says that most people are contagious for 10-14 days after they first develop symptoms. (Yeah, the US CDC and Health Canada recommendations which say you can resume life after five days are full of shit.) On average, they could still culture COVID-19 two days after a spike-based antigen test (i.e. the kind we have) tested positive.

I have run into a number of nasal sprays that show good or at least very promising results as treatments or prophylactics for COVID-19. One (which ironically was developed in Vancouver!) has already gotten approval in six other countries. They include

This article (commenting on this paper) says that women’s period were late by an average of 0.7 days after the first dose and 0.5 days after the second. For women who got two shots in one cycle (remember, at the beginning some places were spacing the shots by three or four weeks) had an average delay of four days. It didn’t matter which type of vax they got.

The duration of the period did not change, and it went back to normal in the next cycle, except for women who had two shots in one cycle. (They did not have data on how long it took the two-dose-one-cycle women to stabilize.)

This preprint from China says that loss of smell or taste was lower the more doses of vax in people with mild COVID-19 who were admitted to mobile hospitals.

This article from the USA (reporting on this paper) says that the pandemic changed people’s personalities (something which does not normally happen). In particular, young adults became more neurotic and less agreeable and conscientious.

This article says that Toyota output has risen for the first time in five months. What does this have to do with COVID-19? COVID-19 caused massive disruptions in shipping, which led to disruptions in manufacturing. The news that one of the world’s biggest manufacturer is starting to get back on track is actually a big deal.

This article talks about how UC Davis did a full-court press on the virus, and managed to keep the university, city, and county to a very low COVID-19 rate. (NB: I thought they kind of glossed over the importance of the $40M donation.)

This article talks about the hunt for a “cryptic” variant — one of a kind — in wastewater. They have managed to track it down to one small commercial building which has about 30 people in it (but alas not down to the person yet).

This article is a first person-account of what it was like to trial drugs in those early, dark days.

This article talks about a possible really bad vaccine injury: an explosion of cancer in a medical researcher, and the quandaries he faced trying to decide if he should publish (given how it might end up as fuel for the anti-vaxxers).