This paper from the USA says that what gut microbes you have affects how badly COVD-19 hits you. (That’s a slight simplification — they looked at population-level frequency of various gut bacteria and compared it to population-level hospitalization rate.)

This article from July 2020 says that the amount of fermented food that people eat in a country is correlated with how severe COVID has been. My feeling is that this is probably a fluke, but it’s wild nonetheless.

Many studies on Long COVID suffer from not having good before-and-after information. This study from the USA from July 2022 surveyed a bunch of people every two weeks. About 300 of them got COVID-19, and that meant they had a good understanding of which symptoms were new. 23% of the people had new-onset symptoms which lasted at least twelve weeks. Long COVID was more likely in people who were obese or had lost hair, had a headache, or had a cold during the acute COVID phase. It did not find a correlation between Long COVID and age, gender, race/ethnicity, education, current smoking status, or comorbid chronic conditions.

This article (which was thinly sourced!) says that

This preprint from the US, based on an after-the-fact survey, estimates that 7.3% of the US population has Long COVID, with about a quarter saying that it had impacted them “a lot”.

This report from the USA shows how death rates among COVID-hospitalized have dropped hugely — from 15.1% during Delta to 4.9% during BA.2 — with vaccinations and better treatments.

I think it’s also worth noticing how deaths from non-COVID hospitalizations rose during the pandemic, especially at the beginning and in Oct-Nov 2021. This is what straining the healthcare system does. 🙁

This paper says that the risk of developing Alzheimer’s goes up by 65% in the year after catching COVID-19.

This paper from the USA says that they found T-cells in pre-pandemic blood which had some effectiveness against COVID-19. They aren’t completely sure where these T-cells came from. Some of them came from common cold coronaviruses (CCCoV), but some of them came from … other places. If I understand correctly, some came from gut bacteria. (!!)

I understand that there is a great deal of randomness in immune system production. My mental model is that the immune system just tries a bunch of things and amplifies the ones that seem to work. That maybe means that sometimes, in some people, that randomness just happens to make something that works against things you hadn’t seen before.

This report says that by the end of June, almost 60% of Canadians had gotten a COVID-19 infection (based on blood tests). Among young adults, it was slightly above 70%.

This article says that you should maybe wait a little while after your COVID-19 booster before you get your flu shot. This is NOT because they interfere with each other, they don’t. It’s because — like the COVID-19 shot — the flu shot wanes pretty quickly. If the flu peaks in mid-January, you want your shot in December, not in early October.

The right thing to do, this article implies, is keep your eye on the flu stats. Once you see flu taking off, go get the flu shot.

This article says that Health Canada has approved the Pfizer pediatric vaccine for children six month to four years old.

This preprint says that mRNA vaccines and recombinant adenoviral vector (like AZ and J&J) stimulate the immune system in different ways, i.e. how people immunized with one type fight COVID-19 in a slightly different way than people immunized with the other. (I think that means it should be good to have different types of vaccines, but that mostly isn’t borne out by most of the studies I’ve seen published; usually they say more mRNA, more better. (Novavax is a bit of an exception; most studies say that it’s about the same or maybe slightly better. The Novavax data presented at one FDA meeting looked really good, but has not been published yet.)

Also note that the bivalent BA.1 and BA.4/5 are pretty similar or better, so bivalency doesn’t hurt anything. 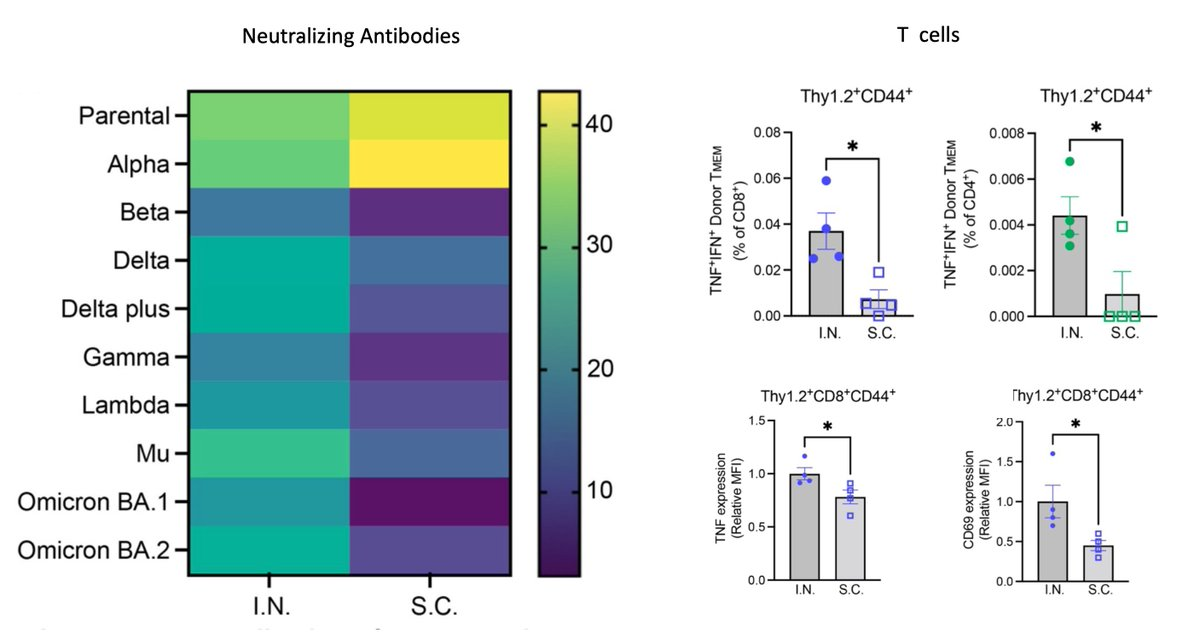 This paper from Singapore says that in elderly people, the vaccine effectivenesses of a fourth dose compared to people who were eligible for a fourth dose but hadn’t gotten it yet were:

(Reminder: those look low because they are compared to people with three doses.)

This paper from the USA looked at using mRNA vaccines (in mice) which encode for the COVID-19 nucleotide proteins and not the spike. Interestingly, nucleotide-only vax only gave a “modest” response. Mixing nucleotide mRNA with spike mRNA, however, gave a better response than spike-only.

This paper from the Netherlands from July found that the sensitivity of rapid tests (though they did not the brands we get in Canada) dropped from 80-87% pre-Omicron to more like 70-80% in the Omicron wave. Swabbing the back of the mouth improved the sensitivity by 3-8%ish.

WOW look at the drop in the divorce rate in Canada in 2020 (source). Yeah, it makes sense, but I was still stunned:

I can’t find a nice graph for marriage in Canada, but the marriage rate in the US also plummeted (source). (Note that the graph is slightly deceptive — it puts the y-axis origin at 5% instead of at 0%.)

(Why the change in marriages in 2008? Maybe because Obama was a great role model? More likely, gay and lesbian people started being able to get married in the US in 2008 and so there was some pent-up demand. Why the decline in 2017? Trump, maybe?)

This article talks about brain fog: what it does, how it feels, why it might be happening.

This article tries to get a handle on suicide among Long COVID patients.

This article talks about how difficult the pandemic has been for faith leaders, for a variety of reasons.