Here’s another preprint (from the UK) which says that the “you don’t have to isolate longer than five days” guidance is bullshit. It says that the median person was infectious — even if asymptomatic — for 7 to ten days.

This paper from the USA found that while adults who were not exposed to kids age 0-5 y/o were 15% less likely to catch COVID-19 than people with exposure to kids 0-5 years old, if they caught it, they were ~50% more likely than their matched little-kid-exposed cohort. The low-kiddie-contact cohort was also 76% more likely to go into the ICU than the high-kiddie-contact cohort. The authors speculate that this might because the little ones give adults more exposure to the “common cold” coronaviruses, which could give some protection against COVID-19.

On the other hand, this paper from the USA says that people with children in the home in multi-unit dwellings (i.e. apartment buildings unless I am badly mistaken) had 10.5x the risk of going to the hospital than those with no kids. For people with children in their home in single-family homes, the risk of hospitalization was 2.2x. (Note: “children” here is anybody under 18, so a slightly different age group.)

This preprint from Italy found that ventilation ranging from 10 to 14 liters per second per student reduced the likelihood of infection for students by 80% compared with a classroom with only natural ventilation.

This preprint from Portugal (where 98% of the population is “fully vaxxed”) found that previous infections gave good protection against BA.5 compared to the uninfected group that varied by which variant they were infected with:

Note that the earlier infections were also, well, earlier in time, so maybe the protection from infection wanes over time like vaccines do?

This paper says that newer variants evade our innate immune system more than COVID Classic did. In other words, it’s not just vaccine evasiveness.

This preprint from the UK says that BA.4/5 evades the innate immune system more than previous variants: 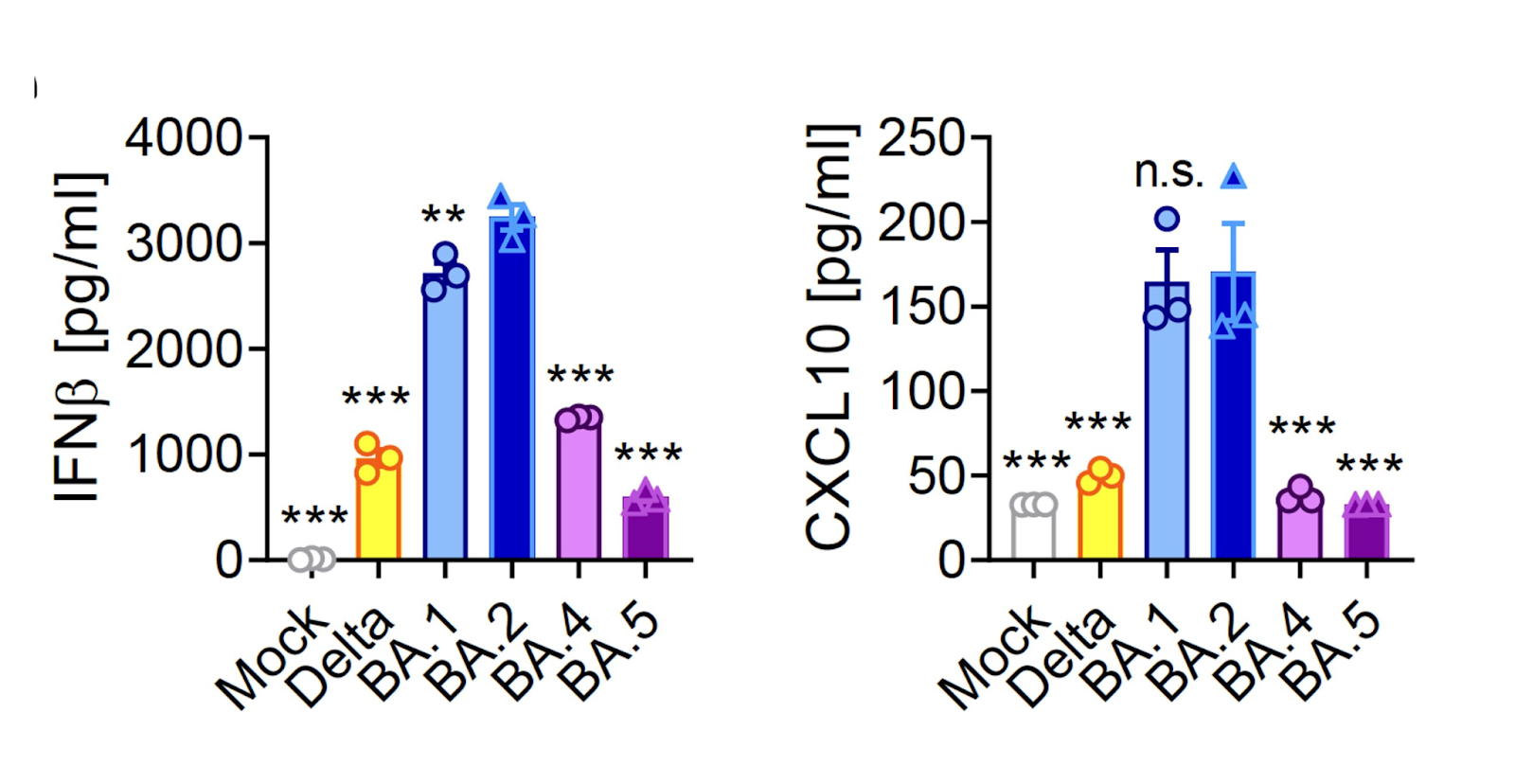 This twitter thread says that the amount of protection which a previous infection gave varied depending on the variant:

Buried at the end of this article is something which says that parents can start booking appointments for kids under 2 can get vaccinated starting 2 August.

This preprint from Portugal (which has had a baaaaad BA.5 wave) found that vaccines prevented infection just as well against BA.2 and BA.5. However:

This correspondence from China says that a third dose doesn’t help unless you’ve never gotten COVID. (It found that if you had two doses plus an infection, you’ve got more protection than from three doses alone.)

This paper says that a shitton of people had menstrual irregularities after vaccination. Of people with regular menstrual cycles, 42% bled more heavily than normally. (44% reported no change, and I don’t know wth the other 14% said.) For those who do not menstruate regularly, a lot had breakthrough bleeding. including:

The changes only lasted one cycle.

This paper says that the Long COVID symptoms that people who have had COVID-19 are most at increased risk (compared to people without COVID-19) are:

This preprint tells of one Long COVID patient who saw a significant reduction in symptoms when on Paxlovid and/or tocilizumab (an arthritis drug).

Women were about half as likely to get their smell/taste back.

This article reports that scientists think they have cracked the pediatric hepatitis outbreak (see preprint). It appears that there’s an adenovirus which is a dependovirus (yes, that’s a word! — it means that it depends on another virus being present to replicate) called AAV2. If you add AAV2 and a helper virus and a particular genetic variant (found in 16% of Scots, so not all that rare), THEN you can get pediatric hepatitis. So it looks like pediatric hepatitis is not linked to COVID-19. (Except that maybe the COVID measures meant that a bunch of childhood respiratory diseases kind of got saved up and all hit at once, which increased the chances of AAV2 having a helper virus around?)

This paper says that people who smoke have somewhat higher risks of bad outcomes from COVID-19. Smokers had this much higher risk than non-smokers: