Sorry this was late. Life happened.

This article summarizes this paper which says that the chances of bad COVID outcomes are cumulative with exposures. Getting COVID-19 twice is worse than once, three times is worse than two, etc. (Here’s a blog post which talks about this paper more.)

As you can see, you are about three times more likely to die on your second infection as your first;

This paper found that babies born to mothers who had COVID-19 were almost twice as likely to have neurodevelopmental issues; for those whose mothers had COVID-19 in the third trimester, the risk was more than twice as high.

This article reports on this paper which found more than a thousand genes which determined the severity of patients’ COVID-19 cases. Most of the genes had to do with T cells and Natural Killer cells (part of the innate immune system).

This tweet thread discusses this actuarial report on excess deaths in the US. While yes, COVID-19 has killed a lot of elderly people, the relative increase in death has been largest in 35-44 year-olds. (One way to think of it: death is really unusual in that age group.) This was even more pronounced in 2021 than it was in 2020.

This preprint found that black people with COVID-19 did more poorly than white people who had the same pulse oximeter readings. (This is not a surprise: pulse oximeters are calibrated for white skin and not black. It still sucks, though.)

This paper from Denmark found that the risk of various really serious ailments went up by a LOT after COVID-19 infection compared to controls:

They noted, however, that if you compared the risk to people who had influenza (instead of to healthy people), only ischemic stroke had a statistically significant higher risk (1.7x) for ex-COVID-19 patients. When compared to people who had bacterial pneumonia, only people >80 who had COVID-19 had a statistically higher risk (2.7x) of ischemic stroke.

This article reports on this paper which says that they have found a marker for “brain fog”. This is both a way to identify Long COVID patients and a clue to where to look for treatments.

This preprint found spike proteins in the blood long after the acute phase of COVID-19. This suggests that long-term infection is likely, but also it might be an easy marker to check for Long COVID.

This preprint from the UK found that a little less than half as many people developed Long COVID after Omicron than after Delta infections. This was true for all vaccination statuses and ages that they looked at: 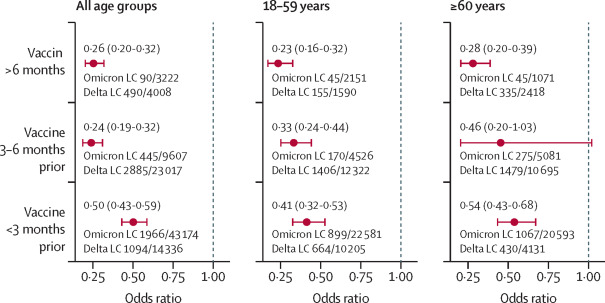 This paper found that kids who had tested positive were more likely to have Long COVID symptoms than controls (not surprising) and that the younger the kids, the more likely:

This article talks about stimulating the vagus nerve as a treatment for Long COVID (since a lot of Long COVID problems can be seen as problems with the autonomous nervous system). It found some benefit for home-based self-stimulation of the vagus nerve. (Mostly the study shows that more study is worthwhile.)

This article reports that this preprint found that mice given COVID-19 have changes to their gut bacteria, and when those gut bacteria were transplanted to germ-free mice, they developed various symptoms, including depressed cognitive function. All this despite there being no COVID-19 RNA in the stuff they transplanted! So maybe part of Long COVID is due to changes in gut bacteria. 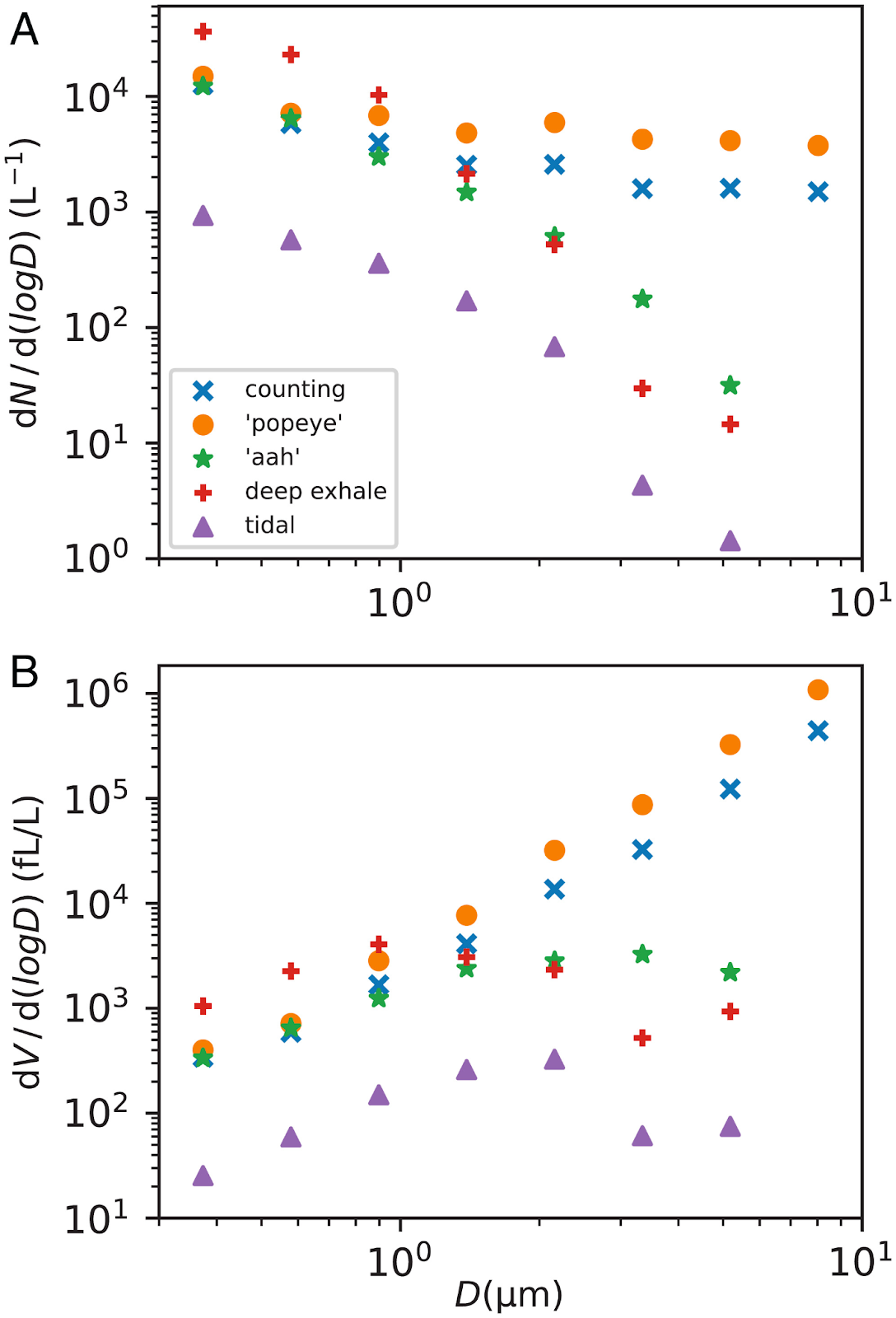 This preprint from the US says that rebound rates (i.e. the fraction of people testing negative and then positive after starting a course of treatment) was not statistically significantly different between Paxlovid and Molnupiravir. The rates were <9% for infection, <9% for symptoms, and <1.5% for hospitalization.

I feel like I have not adequately communicated how scary BA.4 and BA.5 are. Partly that’s just information fatigue: I read so many papers which say, “Yep, BA.4/5 are even worse!” that I get tired of it. Partly that’s because it gets tiring yelling FIRE in a burning movie theatre when everybody else wants to keep watching the film.

Another way of looking at it is that three shots provided 3.3x lower neutralization against BA.4/BA.5 than against Omicron Classic, which was already hella contagious.

Folks, regardless of what you see people doing, it is dangerous out there. (Me, I am skipping a funeral this weekend because I think it’s too dangerous.)

More of the same: this mass-media article says that it’s likely that a BA.1 or BA.2 infection won’t give you much protection against BA.4/5.

This article talks about an antibody test which has been developed which can be used with standard OTC glucose meters. Basically, you put chemicals on a strip which, when they bind with antibodies, releases glucose. This doesn’t tell you if you are sick — the rapid antigen tests have that market under control — but how immune you are today. That’s the theory anyway.

This paper says that vaccinating the mother has an equivalent vaccine effectiveness against hospitalization of 52% during the Delta period and 38% during the Omicron period. Getting vaccinated later was better than getting vaccinated earlier: VE-hospitalization was only 38% when done in the first 20 weeks of pregnancy but 69% when done afterwards.

This article is a nice deep dive into the three leading theories for Long COVID.

This article talks about the evolution of variants inside immunocompromised individual’s bodies.

This article talks about pandemic numbers — manifestations of assumptions, mostly — which are no longer meaningful and should be forgotten.