This study found that countries which use the Inactivated Polio Vaccine (IPV) have a higher rate of COVID-19 than those which use the Oral Polio Vaccine (OPV), which uses a live attenuated virus. OPV is easier/cheaper to administer, but there is a (small) risk of getting polio from the vaccine. Yes, countries which use OPV thus tend to be poorer and younger than IPV-using countries, so that is a risk for the study, but the authors spent most of their ink talking about how they controlled for Human Development Index (HDI), life expectancy, GDP, and the COVID-19 mitigation measure stringency index.

(One thing that I did not see the authors talk about is that babies born in IPV countries from ~1962 to ~1987 will have gotten OPV. I don’t know how you’d control for that, but it seems important.)

Using OPV instead of IPV seems to reduce COVID-19 cases by 30%, and the effect was much higher in poor countries than rich countries. It’s probably not a good idea to give OPV to everybody as an anti-COVID measure, however, because of the small but real risk of catching polio from the vaccine. The real contribution of this paper is to smack everybody upside the head again to say, “HEY! Develop vaccines to stimulate the innate immune system!”

Periodic update to vax waning information, from this report:

Wow, two doses is like 10% effective against Omicron after 25 weeks. GET YOUR BOOSTERS EVERYBODY!!!!

This is an outlier; most papers say that mRNA vax-acquired is better. Note also that Qatar had an early paper looking at vax effectiveness which was massively different from all the other papers. I think either Qatar’s fridge was broken, or they have some really different genetics, but I feel honour-bound to tell you about this paper. 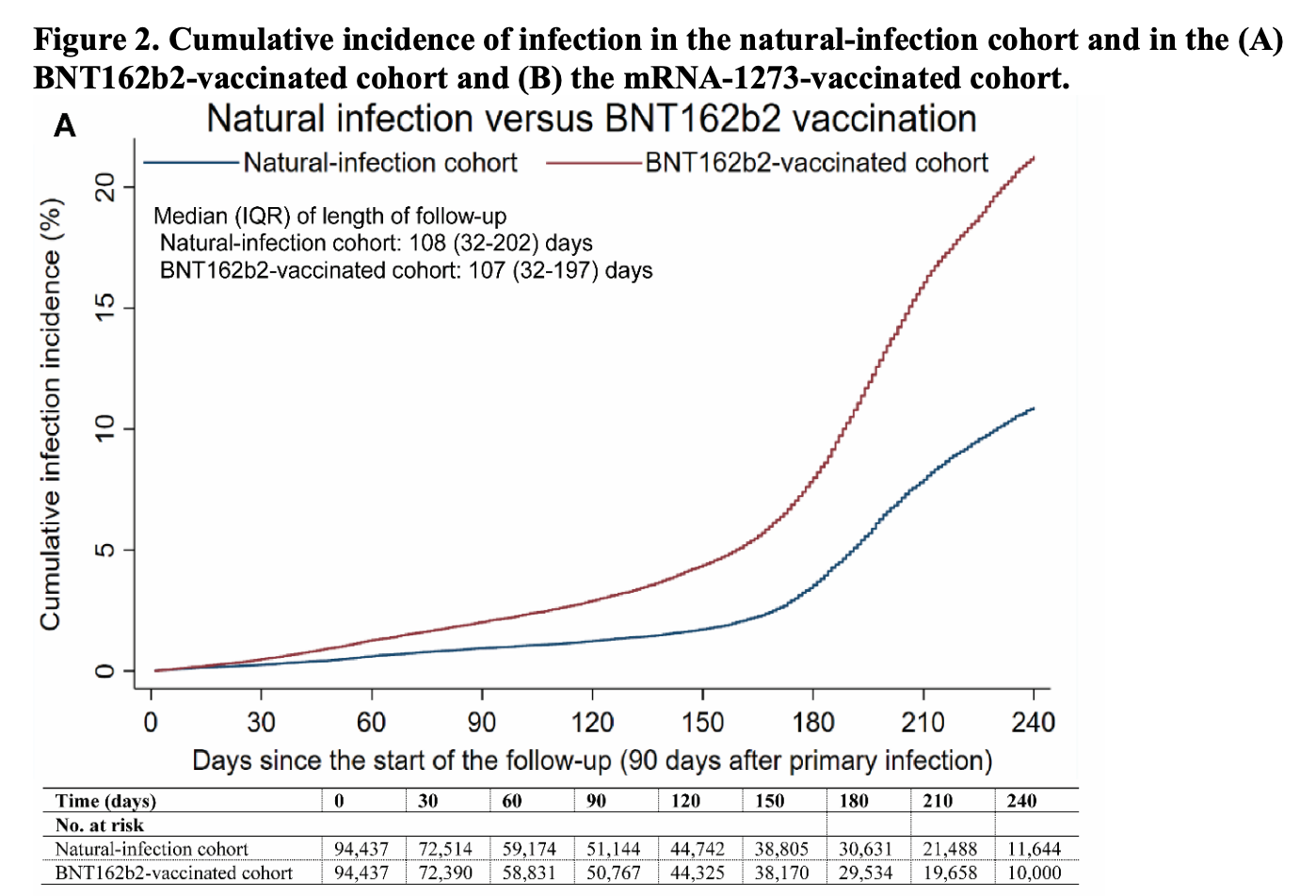 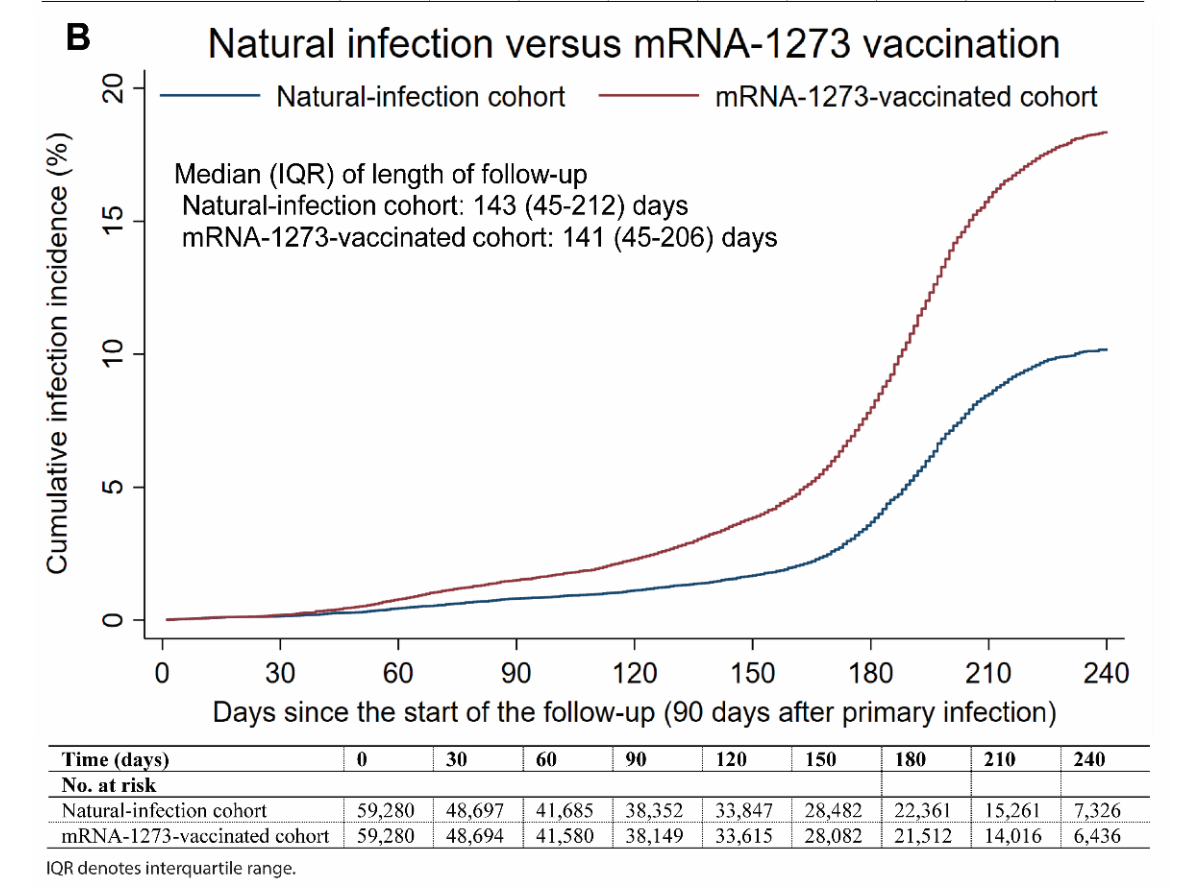 This report from the USA found that a third vax dose’s effectiveness was:

This article reports that schizophrenia is the second-highest risk factor for death from COVID, after age.

This preprint (from October 2021) says that vaccination drops the risk of Long COVID by 43% in people who had COVID-19 infections between January and April 2021 (when Alpha was dominant), but that 8.3% of people who had been infected said that their health was poor or very poor.

This preprint (from January 2021) says that vaccination cuts loss of smell by 31% among patients who had COVID-19 between July 2021 until December 2021 (mostly Delta regime).